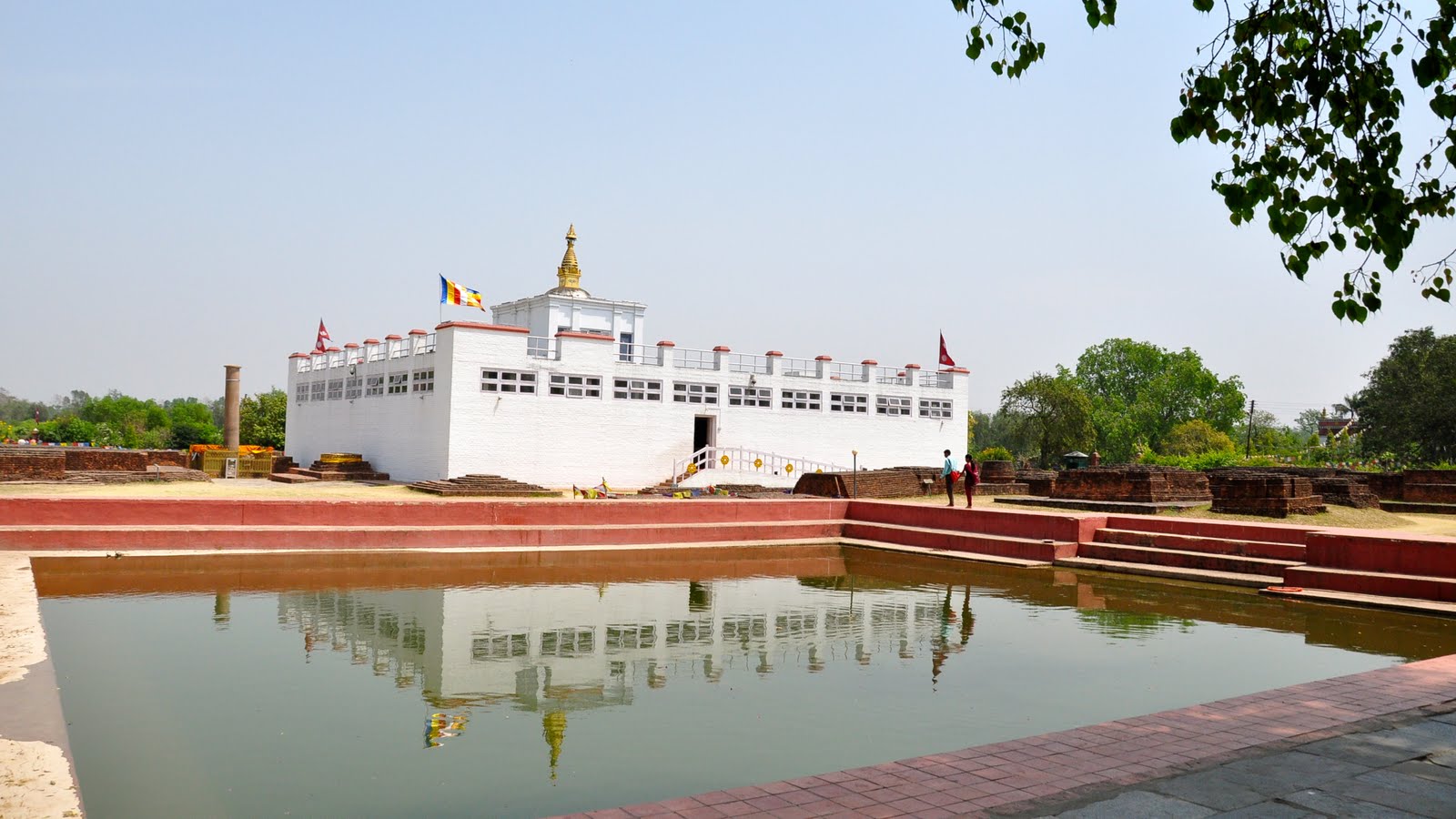 The Lumbini is one of the ten world sites for religious pilgrimage and sole source of worlds one of the major religions–Buddhism and the source of world peace and prosperity, and no doubt one of the places to be visited in your lifetime. Lumbini, the birth place of Lord Buddha, is one of the most popular destinations for the worlds over one million Buddhists, It does not mean it is only popular for Buddhists religious people but also popular for any individual searching for peace and serenity in life, It is located in the south-western Nepal, in the Terai (plain-land), approximately 300 km away from Kathmandu, Lumbini tour is one of the frequently organized trips by team of Adam Travel.

Some 2,600 years ago, approximately in 566 BC, Siddhartha Gautam was born in Lumbini while his mother Maya Devi was on her way to her maternal home for the delivery, the holy book also says that Maya Devi feeling the onset of labor pains, she grabbed the branches of a shade tree and gave birth to Lord Buddha then, Immediately after birth, the Buddha is said to have announced that it was his final rebirth and took seven steps, under each of which a lotus flower bloomed, Siddhartha Gautam, was prince of Shakya King, who said to have ruled in central Terai from their capital at Titaurakot, later on had attained the enlightenment, at which time he became Buddha, (released from the cycle of birth and death), the sole source of the world peace and prosperity.

The Lumbini arguably has been world most important historical site and therefore why UNESCO even listed Lumbini under the lists of world’s heritage sites in 1997, and equally, it has been also the source of the one of the world’s great religions and the centre of country’s most significant archeological discovery, dating back from the third century BC. BBC travel team lists Lumbini, as one of the worlds 10 sites of religious pilgrimage. An estimation puts that nearly 100,000 travelers make it to Lumbini every years, this shows that how important and popular in the universe.

There are a number of ancient ruins of Buddhist monasteries, a sacred Bo tree, and a sacred bathing pool, called Puskharni pool, where Maya Devi had taken a bath before giving birth to Gautam Buddha, Maya Devi temple, scared garden spread over 8 Sq km, Ashoka pillar to name a few the Lumbini is situated in the foothills of the Himalayas of Nepal, which houses a large garden with a grove of Pipal trees, and the area is full of a number of religious and cultural sites, Buddhist temples and shrines from various nations are scattered around the holy site itself. But, the most important temple is the Maya Devi Temple, which enshrines the traditional site of the Buddhas birth.

Adam Travel has short 6day tour to Lumbini and the tour even include your arrival and departure and a day tour in Kathmandu valley, look the detail itinerary how the tour goes.

INCLUDED IN THE COST

NOT INCLUDED IN THE COST: