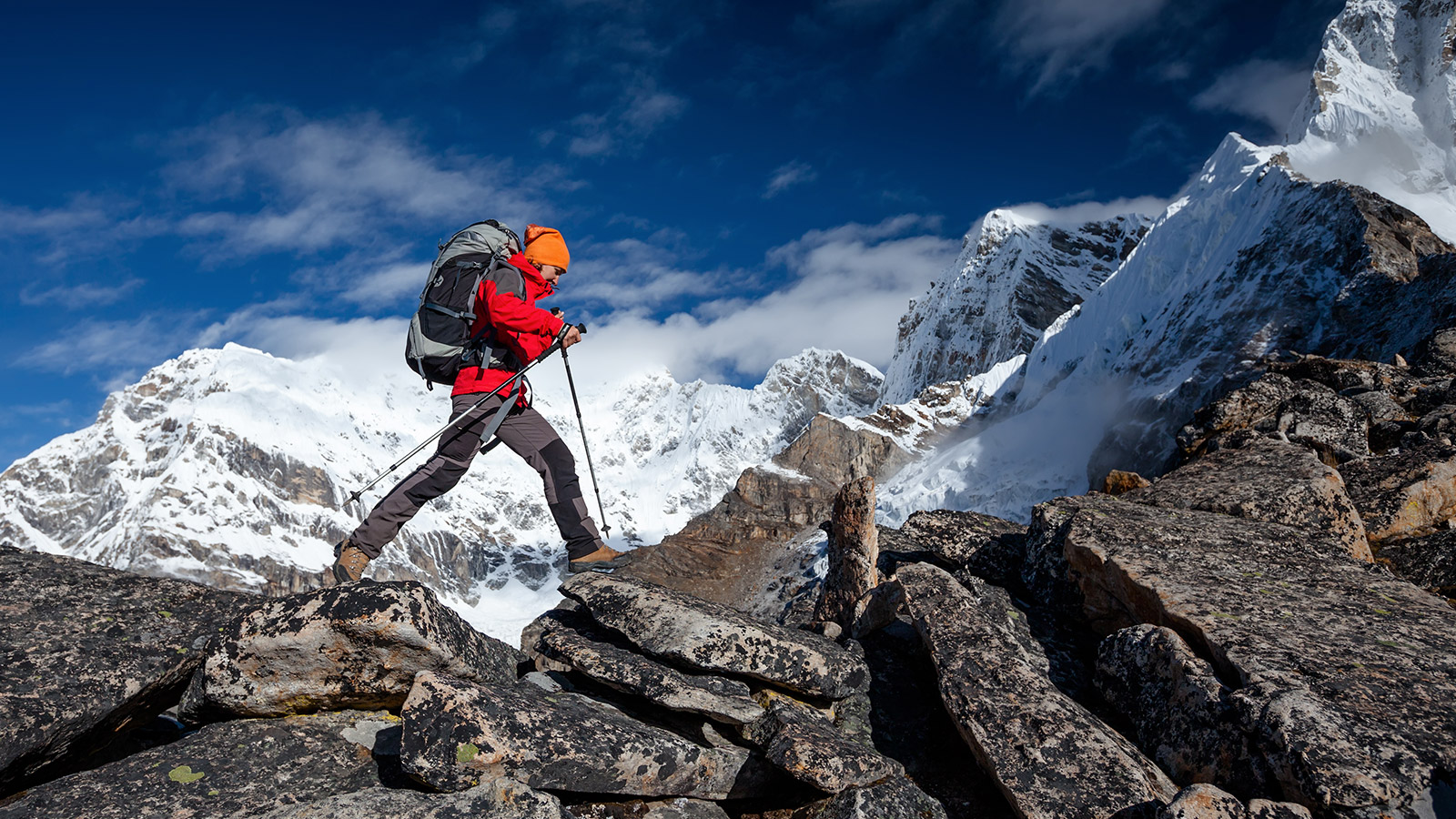 A classic trek around the tenth highest mountain in the world, Annapurna Circuit Trek is one of the best trekking trails in Nepal. It opened for trekkers in 1980 and has been famous ever since. Annapurna region has the best for scenery and some 55000 people trek here only to experience this unique nature’s bounty.

Apart from the magnificent scenary which the trek has to offer the region is also known for its incredible bio and cultural diversity.

The Annapurna circuit Trek trail passes through four impartially unique and beautiful regions- Lamjung, Manang, Mustang and Myagdi. Furthermore, we will encounter a mixture of folks from various different ethnic backgrounds along the journey. The Brahmans and Chhetris reside in the lower elevations and Mongoloid Himalayan people in the Himalaya. Gurung and Magar residents dominate the area. One can explore the cultural and traditional heritages of the Himalayan region.

The Annapurna region is rich in flora and faunas. It also hosts some of the rare wildlife inhabitants-mountain Thair/Goat, Leopards, Jackal, birds such as pheasant, long-tailed birds among others. The Annapurna circuit Trek takes one around the Annapurna Himal, following the courses of two mighty rivers– Marsyangdi in the east and the Kaligandaki in the west. Kaligandaki is the world’s deepest gorge, flanked by the giant Dhaulagiri and Annapurna Himalaya range.

Annapurna Circuit Trek is an amazing trek to explore the cultural and bio diversity of the incredible Annapurna region of Nepal.

We will start our journey towards Besi Shahar through the roads heading uphill encircling the hills with Trishuli River flowing along it. Along the journey, we will be introduced to the villages with small settlements, terrace farmed hills, green hills and valleys and beautiful mountain scenaries. Upon arrival at Mugling, we head along the road towards Pokhara, after crossing which we arrive at Dumre and head north towards Besisahar. We will spend the night in Besi Sahar.

The trek of this day will be an exploration of the cultural elements of Nepal as we will be passing through several rural settlements that practice rural traditions. Our trek makes its way through subtropical forests and the rice terraces of Sera to the village of Khudi (840m) and Mansuli (8,156m). We will hike towards a small town of Ngadi wherein we will cross the Ngadi Khola over a suspension bridge. Bahundanda is an attractive village in the saddle of a long ridge and it will take us about 7hrs to reach it. We will spend the night in Bahundanda.

On this day, we will trek for about 6 hours to Chamje. The trek goes down a steep, slippery trail towards a small hot spring. We will walk along the river and its adjacent waterfalls. We will come across village of Jagat and about few meters away from this village we will encounter another hot spring before we reach Chamje. We will spend the night in Chamje.

We will make the 940m hike up to Bagarchap-the first village on the trek with typical Tibetan architecture- through bamboo and rhododendron forests. We hike past the village of Tal and then cross the Marsyangdi via a 60m long suspension bridge and trek up from a second suspension bridge before entering into Dharapani (1,960m). The trails heads through a forest of blue pine, spruce, hemlock, maple and oak to Bagarchhap. The entire journey will take about 7hrs. We will spend the night in Bagarchhap.

The trek moves along the south bank of the river climbing to Syal Khola. It then crosses the river over a cement bridge. We will walk past a walnut tree forest and apple orchards before we arrive at Chame. The entire journey will take us about 6hrs. Chame offers a spectacular view of Lamjung Himal, Annapurna II and Annapurna IV. We will spend the night in Chame.

On this day we will trek for about 5 hours to Pisang through the forest of Brathang. Along the journey, we will see Paungda Danda rock- a slab of rock rising above 1500m from the river. We cross the south bank of the Marsyangdi via suspension bridge at 3,080m from where we will hike through blue pine forests before we reach Pisang. We will spend the night in Pisang

The trek to Manang passes through a Tibetan-style village of Braga wherein the houses are stacked on top of one another. The gompa, perched on a high crag overlooking the village, is the largest in the district and has an outstanding display of statues. The trail further heads through arid countryside, dominated by weird cliffs of yellow rock, before we reach the village of Manang. We will spend the night in Manang.

This is an acclimatization day at Manang. It is crucial to halt for a day, allowing your body to acclimatize to the higher altitude. This can reduce a lot of discomfort our body might otherwise face due to changing altitude. You can also chose to explore the county premises if you wish. We will spend the night in Manang.

The 4-5 hours trek to Letdar passes through Thorung La. The land around this region is dominated by rich vegetation consisting mainly of scrub juniper, alpine grass and green meadows where horses and yaks graze. We will arrive at Yak Kharka before we reach Letdar. We will spend the night in Letdar.

From Letdar we will continue to trek up along the east bank of the Jarang Khola to Thorong Phedi, a rock-strewn meadow surrounded by vertical 4,420m cliffs. It will take us about 4-5 hours to reach Thorang Phedi. We will spend the night in Thorang Phedi.

The trek to Muktinath heads towards thela (pass). Despite the trek being steep it is considerably easy due to the high number of visitors it sees every year. Thorong La, surrounded by traditional prayer flags and stone cairn, provides a spectacular view of the Annapurnas, Gangapurna and Khatung Kang. Muktinath, place of Nirvana, is home to the Muktinath Temple as well as several monasteries. The temple is dedicated to Lord Vishnu. Another attraction of this region is the Jwala Mai Temple. If has a spring and an eternal flame fueled by natural source of underground gas. We will spend the night in Muktinath.

Day 12: Muktinath to Jomsom via Kagbeni

Through meadows, streams and fruit orchards down to Kagbeni- a fascinating medieval village infused with Tibetan culture, we will begin our journey towards Jomsom. We will pass through the Kali Gandaki Gorge before entering Jomson. It will take us about 6-7 hours to reach our destination. We will spend the night in Jomsom.

On this day, we will fly to Pokhara. You will have the rest of the day free to explore the vibrant Pokhara city. Boating in the second largest lake in Nepal (Phewa Lake) is a must to experience. Another famous destination of Pokhara is “Pagoda” – a massive Buddhist stupa- which is situated on top of a hill on the southern shore of Fewa lake. You can also pay a visit to David’s fall, which is an awesome waterfall lying about 2 km south-west of Pokhara airport. You can also opt for Paragliding or zip-lining in Pokhara. We will spend the night in Pokhara.

On your second last day in Nepal, we will bid out final farewell to the beautiful city of Pokhara and we will take the tourist bus to kathmandu early in the morning it takes 7 hours to reach kathmanud throough the prithivi highway we will have 2 stops on the way for the breakfast and lunch the views from the bus drive still makes you feel good even the journey it pretty long. You will be assisted through your transfer to the bus terminal from your hotels. At Kathmandu tourist bus station , our representatives will receive you and escort you to your respective hotels. You will have the rest of the day free to yourself to explore the city as you please. We will send the night in Kathmandu.

A classic trek on ancient trade routes- Ascending the Marsyangdi valley
Lots of ice lake like Gangapurna and many other glacier
Explore the beautiful Manang village
Crossing the world Famous Thorung pass (5416m)
The Pilgrimage town of Muktinath,
View of Dhaulagiri Ice- flow
Lots of beautiful monastery on the way
We encounter lots of culture and Ethnic groups and we also enjoy their food